What Is a Tennis Bracelet?

It’s a name we hear a lot, or at least we hear it a lot in the US but very rarely anywhere else. So what makes a bracelet a Tennis bracelet, and how did it get its name? And why is it just a US thing? All good questions, actually.

Traditionally, what we now know as a Tennis bracelet would more usually have been considered an eternity bracelet with much the same significance as the equivalent eternity ring. That the name changed is as much down to our collective obsession with the cult of celebrity as anything else.

Originally, Tennis bracelets were usually slim, relatively simple designs consisting of yellow gold with diamonds set around the entire circumference. White gold or platinum is increasingly used these days, and it’s not uncommon to see other stones used in place of or even alongside the diamonds, particularly rubies or sapphires. The basic narrow band of the chosen metal and small delicate stone arrangement, however, has been maintained over time.

None of this, of course, explains how the eternity bracelet came to be known as the Tennis bracelet.

In 1987, tennis player and girl-about-town Chris Evert (Evert-Lloyd, as she was then known) was playing a US Open match whilst wearing an eternity bracelet. During the match, the clasp broke, and the bracelet dropped from Evert’s wrist. When the point was concluded, Evert asked the umpire for a short stoppage so the bracelet could be found. The incident was headline news and the Tennis bracelet was born. Or at least re-born.

The fact that the match was in the US Open, and involved a - possibly the - US tennis player meant coast to coast coverage but, without the global news phenomenon we have today, the rest of the world quickly moved on. This left the Tennis bracelet a curiously American thing, although eternity bracelets in general have never been so localized.

Tennis bracelets have continued to be popular with tour players, with Serena Williams being a big fan, although very few - if any - actually play whilst wearing one. It is believed that the practise of adding short chains across the clasp became standard for manufacturers as a result, so future mechanism failures didn’t potentially mean a lost bracelet.

The basic style has remained unchanged over the years, but the definition is probably a little bit looser than it used to, as the general trend for slightly larger pieces has increased, particularly with diamond bracelets.

For all that, though, the pretty, petite and ever so fashionable Tennis bracelet is here to stay 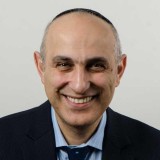